Our cardiac catheter simulator, which is under development in the HEARTROID project, was exhibited at TCT 2016 held at Walter E. Washington Convention Center, dated October 29–November 2, 2016.
TCT is the largest conference in the United States, which is focused on catheter treatment, and over 10,000 people visited the conference.
At Osaka University corner, a TAVI&PCI model was displayed, and doctors from around the world had a chance to experience catheter operation.
We are working hard to improve the catheter treatment standard.
Next exhibit will be at Medical Japan 2017 held at Intex Osaka in Osaka dated Feb 15-17,2017. 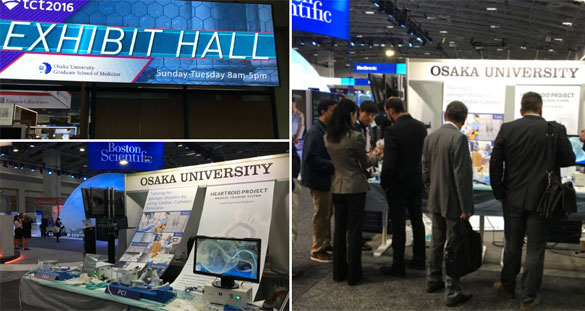